Cannabis Resource Center   >   CBD in the Body   >   The Endocannabinoid System

We are all familiar with the nervous system, digestive system and other bodily systems. However, most of us do not have any information about the Endocannabinoid System (ECS).

The ECS is another vital modulatory system that has existed in the body of all mammals for an estimated 600 million years. The system is made up of many enzymes, endocannabinoids, cannabinoid mediators, and endocannabinoid receptors, that together act as a universal stabilizer within the body. The role of the ECS is to maintain balance. The cannabis plant interacts harmoniously with this system to produce beneficial effects.

In 1964, scientists discovered and isolated various phytocannabinoids like THC. However, it was not until the late 1980s that they discovered a network of receptors, enzymes, and biochemical pathways that created chemicals similar to cannabinoids which are the compounds found in cannabis. The Endocannabinoid System was named for the plant that led to the development of this network.

Two receptors, CB1 and CB2, which are found in the brain and the immune systems of all mammals, were discovered through research done in the 90’s. It is important to understand that the chemicals and receptors of the ECS exist in the body whether or not one has consumed cannabis. Multiple studies have shown the myriad of functions attributed to the Endocannabinoid System. These functions affect mood, immunity, memory, sleep, appetite, pain, energy, and metabolism. 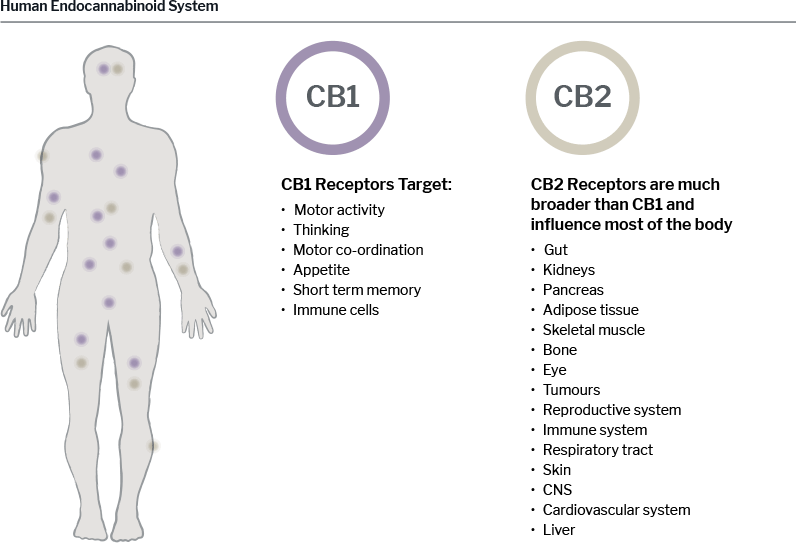 How the Endocannabinoid System works

Our nervous system reacts to our environment and produces adrenaline when we feel threatened. The Endocannabinoid System also responds to external and internal stressors by producing compounds that send messages to various parts (receptor sites) of the body. The Endocannabinoid System carries out many functions but its ultimate purpose is to create homeostasis. Homeostasis is the maintenance of a stable internal environment despite fluctuations in the external environment.

Endocannabinoid levels can adjust to stabilize metabolism, circadian rhythm (sleep), pain, anxiety, hunger, and stress. The ECS is a holistic system necessary for the balance of all our other systems.

To better understand the function of the ECS, imagine our endocannabinoids as keys and our internal receptors as the locks. Our bodies contain various receptor sites which extend from the brain and the spinal cord that control cerebral functions, to the immune system and all throughout the nervous system which are directly Involved with inflammatory and immune response.

The ECS consists of physiological chemical transmitters or ligands called endocannabinoids. These chemical transmitters act as chemical messengers interacting with hormones, proteins, immune cells, and various receptors located throughout the brain and body, which include organs, connective tissues, glands, and even immune cells. Two main endocannabinoids are anandamide and 2-AG. Anandamide is known as the “bliss” molecule and has been linked to the effect known as “runner’s high”. The other endocannabinoid 2-AG can decrease the neuroinflammation which can cause seizures.

The bonding of endocannabinoids to receptors causes specific physical responses which include relief of anxiety, loss or gain of appetite, and reduction of pain. This depends on the location of the receptors and which receptor sites are activated. These endocannabinoids play a crucial role in our immune system, nervous system, and in all of the body’s major organs. The endocannabinoids act as a link between brain activity and physical health.

The cells within cannabis flowers produce cannabinoids which are therapeutic compounds. THC and CBD are among more than 200 compounds with medicinal benefits that have been identified. These compounds act similarly to our own endocannabinoids, and interact with our ECS and regulate physical reactions.

Just as cannabis compounds act as cannabinoids blocking one action while triggering another, the Endocannabinoid System shares this pain-relieving role but also assists in modulating additional activity relating to our cardiovascular system, nervous system, and metabolism.

Receptors are proteins that live on or within a cell, waiting for molecules (ligands) to bind to them in order to transmit a signal or message to a specific part of the body. The effect of this interaction depends on the chemical transmitter, the type of receptor and cell, and, of course, which endocannabinoid or cannabinoid binds with it. Therefore, a variety of therapeutic responses can occur ranging from physical sensations, immune responses, and mood alteration. Cannabinoids produce homeostasis at every biological level, from the subcellular to the whole organism.2

CB1 receptors have been mostly studied in the central nervous system. In these areas the receptor activation influences behavioral and cerebral functions such as memory, feelings, thoughts, emotions, motor control, appetite, and pain perception. When they bind with THC, these receptors are responsible for the psychoactive properties that follow. However, CB2 receptors do not respond directly to cerebral or emotional triggers. The bonding of these receptors can result in pain management, muscle relaxation, anti-inflammatory responses, and increased immune function.

THC and CBD are two examples of over 100 cannabinoids found in the cannabis plant. These cannabinoids act as additional keys for our receptors to lock into. When cannabis or hemp is ingested, a cannabinoid such as CBD will supplement our body’s own endocannabinoids and bind with our receptors, leading to a physical reaction, such as relief of pain.

CBD has little affinity to the CB1 and CB2 receptors, but it is able to bind with and activate alternate receptors. For example, the serotonin receptor 5HT1A3, when activated, functions as an anxiety reliever. Cannabinoid receptors are involved in a variety of physical and mental processes, including stress management, hunger, addictive behaviors, sleep, pain, and nausea. Cannabinoid receptors exist throughout the entire body and in all major systems, organs, connective tissues, bones, and skin, which is why cannabinoids can have such a wide variety of benefits.

The Endocannabinoid System has been an unknown entity. There needs to be greater research to uncover its beneficial characteristics. Our body’s natural levels of endocannabinoids decrease when levels of certain cannabinoids increase, which helps to understand why our cannabis tolerance increases over time. CBD is unique among its plant or phytocannabinoid family as it actually promotes endogenous production of cannabinoids. It also inhibits the enzyme that breaks down or helps metabolize endocannabinoids called FAAH Fatty Acid Amide Hydrolase.

It is evident that through research, education, and enlightenment, the scientists and laypeople of the world have come to the conclusion that cannabis, a much maligned drug, has emerged as a substance with beneficial effects which will guarantee the good health of all of us and ultimately eliminate the diseases which we have not yet conquered. 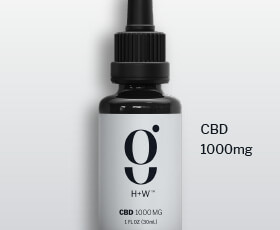 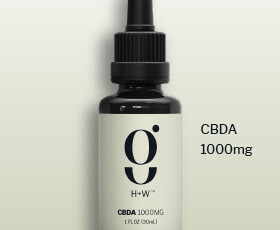 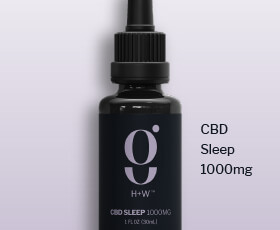 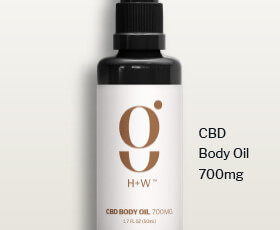